Our newly remodeled humidor is stocked with some of the most special premium cigars on the market today. Stop on by and let our very knowledgeable staff members help select the perfect stick for you.

Part of the allure that surrounds cigar smokers are all those wonderful gadgets. We manage a nice selection of lighters, cutters and boxes from top makers like Xikar, Colibri, and Fuente. 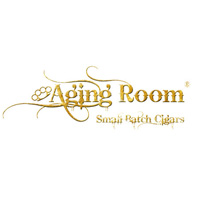 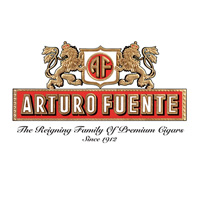 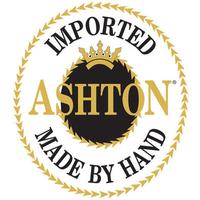 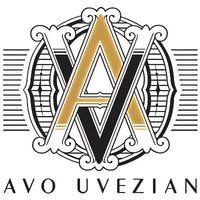 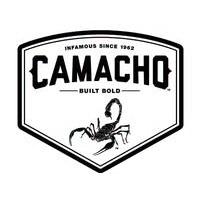 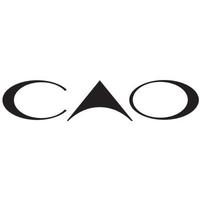 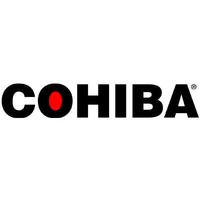 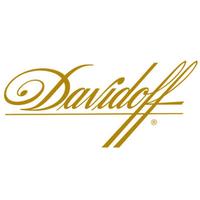 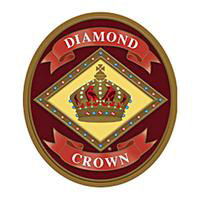 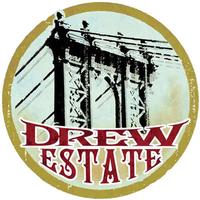 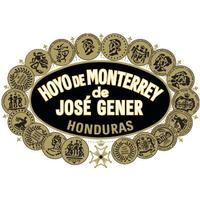 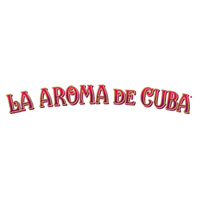 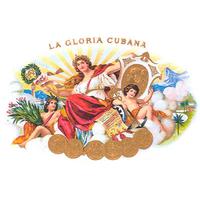 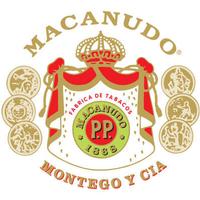 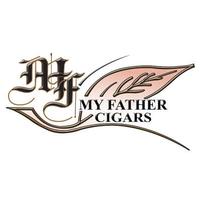 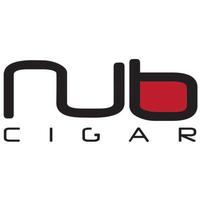 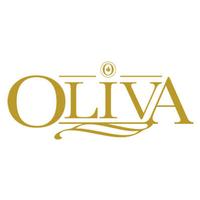 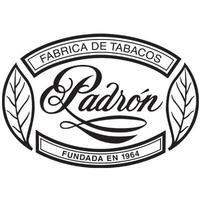 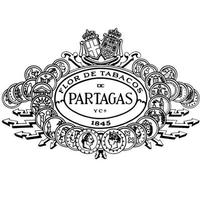 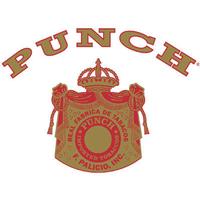 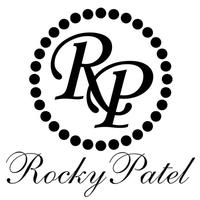 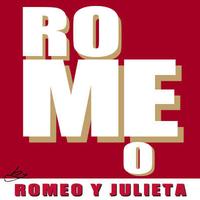 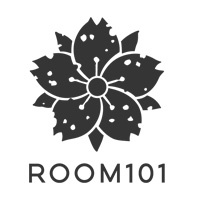 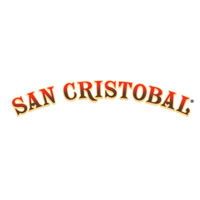 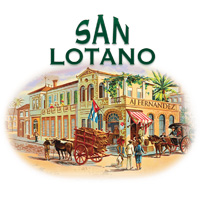 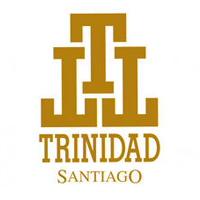 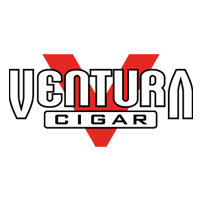 What's New in the Humidor

DESCRIPTION: GATEKEEPER This brand is the second release from Alec and Bradley. On this project, they worked together with the ‘Godfather’ of cigars, Ernesto Perez-Carrillo at his factory in the Dominican Republic. With the Gatekeeper, they have opened the gates to new tobaccos and experiences. Ernesto has given the Rubin brothers the opportunity to grow as second-generation cigar makers. This is a great blend of perfectly aged tobaccos from Nicaragua, Ecuador and Dominican Republic. It is available in four sizes as listed below and packaged in boxes of 20 cigars. Filler: Nicaragua/Dominican Rep Binder: Nicaragua Wrapper: Ecuador Corona 42 x 5-1/8 • Robusto 50 x 5 • Toro 52 x 6 • Gordo 60 x 6 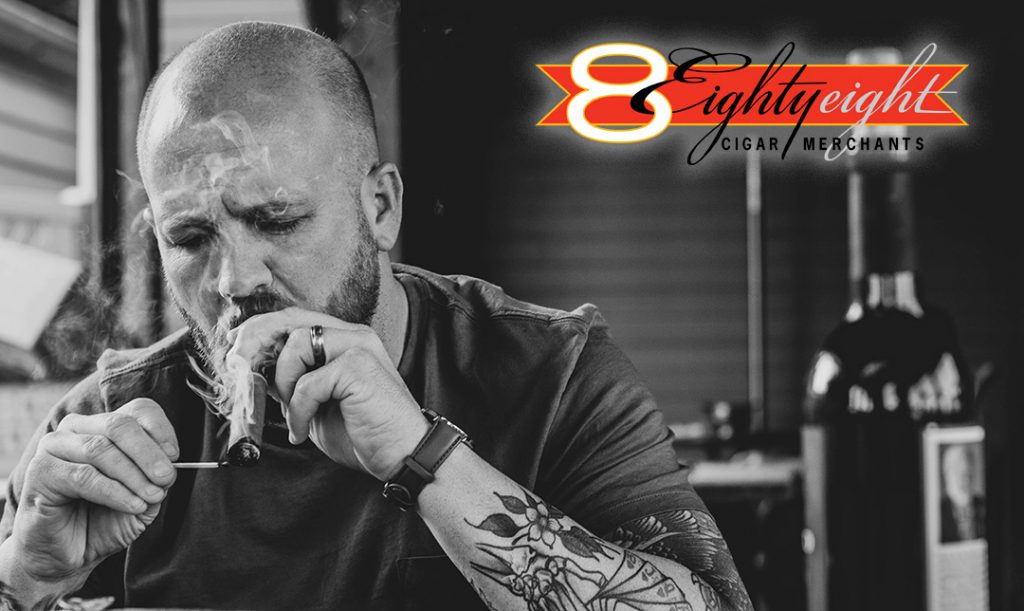 The English term ‘cigar’ has been derived from the Spanish ‘cigarro’, which in turn is adapted from the Mayan word for tobacco, ‘siyar’.

Creating a premium cigar is much the same as a master wine maker blending a fine wine – each must have the skills to grow and create their own blends.

Growing tobacco requires a great deal of experience. Successful growers lean on the sweat and blood of the generations of farmers before them. Plants are nurtured in nurseries and the seedlings are transported to fields. Two tablespoons of seed can produce 10 acres of cigar tobacco.

During harvesting, leaves are picked beginning at the bottom. Valdo, the bottom leaf has the mildest taste. Seco, in the middle, has a medium flavor. Ligero, at the top, has the strongest taste.

Curing is the next step. The chosen leaves are bundled according to size and texture and are hung to dry in curing barns for six to eight weeks.Tobacco must ferment, “sweat” properly in order to smoke with good taste and aroma. Fermentation removes ammonia and other chemical components. Improperly fermented tobacco causes harshness or bitterness, and will not stay lit.

The filler, the binder, and the wrapper are the three parts that make up a cigar. In premium cigars, each has to go through meticulous preparation, including sorting and stripping.

After this preparation, the master blender is now ready to create the “recipe.” He pre-blends the filler, selecting the special combination of tobacco leaves. Depending on the ring gauge and type of cigar, a cigar will contain a blend of two to four different tobaccos.

Expert hands make the difference in a fine cigar. The “buncher” forms the filler into a cylindrical shape. This is rolled into a binder leaf and placed in a mold to coax it into a cigar shape. The “roller” then skillfully applies the outer wrapper tobacco leaf.

After rolling, cigars are placed in the “marrying room” for a minimum of three weeks. This is a temperature and humidity-controlled Cedar room. This gives the selected tobaccos time to meld their tastes and for the moisture to equilibrate.

How to Choose the Right Cigar for You

Like any great indulgence the cigar you smoke is a matter of choice. Of course making that choice with the vast array of options available can be difficult. Just go into the humidor of your local tobacconist and you will see what I mean. Of course there the well known brands like Cohiba and Monticristo, both well made cigars with sensible flavor profiles but with so many manufacturers developing a plethora of amazing stogies, there is no reason to cheat yourself by smoking average cigars. This month we will give you the tools to open the doors to a new and more enjoyable world.

Cigars are generally categorized by their shape and size. Although this might sound simple, it can also get a bit confusing. Most cigar manufacturers have been making cigars using traditional cigar shapes for many years. The problem with this is that it may be different from brand to brand, making it all the more difficult for people distinguish one from the other.

It is usually the dimensions of the cigar that is used to more accurately categorize them. Measurement in terms of a cigar’s length and diameter helps standardize cigars and how they are made. In the US length is measured in inches while the diameter is measured by ring gauge, which is equivalent to a measurement divided into 64th‘’s of an inch.

For example, a cigar that has a ring gauge of 44 has a diameter of 44 divided by 64th’s of an inch. In some other countries, the length and diameter may be measured in centimeters and millimeters. Here are the common names for the different cigar sizes and their shapes:

Coronas are considered the traditional standard from which all the other cigars are measured. Coronas are usually made with an open foot for lighting and a closed and rounded head which is cut prior to smoking. Coronas are further divided into several types. There’s the common Corona cigar that is made with a length of 5 1/2 to 6 inches and has a ring gauge of 42 to 44. There’s also the Petite Corona which only has a length 4 1/2 inches with a ring gauge of 40 to 42.

There’s also the Double Corona which follows the standard dimension of 7 1/2 to 8 inches and with a 49 to 52 ring gauge. The panatela is shaped like a longer and thinner corona with a varying length between 5 to 7 1/2 inches and with a ring gauge that can vary from 34 to 38. Then there is the Lonsdale which is a bit thicker than a panatella and longer than a corona. Its standard size is 6 3/4 inches in length and may have a ring gauge from 42 to 44.

The Figurado is much like the Pyramid but with a tapered foot rather than a pointed one. The Culebra is more unique. Its exotic shape is made up of three panatellas braided and banded together to form one cigar.

There are dozens of possible shades of cigar wrappers. Some of the more common colors are:

Now that you know what your looking at here is what to look out for:

I know “a lot of information” and still more questions. There are an amazing selection of premium handmade cigars and so little time to smoke them all. Here are a few brand recommendations:

The ritual of lighting a cigar is one of choice. You may choose to use that plastic single blade guillotine cutter and cheap Bic lighter your tobacconist gave you as you walked out of their shop and defile that fine handmade puro you just over paid to enjoy. Slapping the faces of those generations of artisans whose blood, sweat, and tears grace every leaf you are about to smoke. Stop! Honor those fine makers and take the time to do it light it right.

There are many ways to prepare the head of a cigar for smoking. Take for example, you have a Corona shaped cigar, a round head and an open foot. You could use a Guillotine style cutter.  A sharp cutter is a must if this is the technique you use to open your cigar. Position the cutter about 1/8 of an inch from the head of the cigar and rest the blade of the cutter in contact with the cigar. Using a quick, decisive motion, slice off the end of the cap. A “V” cutter is also used in this manner but leaves an elongated diamond cut in the cap of the puro allowing less smoke to be drawn and extending the life of the cigar. If you prefer to “punch” a cigar, a sharp punch is a necessity. Place the cutting end of the punch in contact with the end of the cigar and gently twist while pushing down into the tobacco with a firm motion. This will cut out a little plug of tobacco from the head of the cigar. Personally, I prefer to use a Double Guillotine Cutter, it opens all the tobacco flavor to your pallet.

The ritual of lighting a cigar involves two very important principals. The first involves the instruments used to light the cigar and the second the enjoyment of your Habano. To begin with always use a butane lighter or a cedar or wooden match-stick. Try to never use a petrol lighter, a candle or a wax match as all of these impart odors that the cigar is quick to absorb. The second principle to remember is that a cigar must be lit with the utmost patience and tranquillity. Nothing spoils the enjoyment of a Habano faster than a badly lit cigar.

At a 90 degree angle hold your cigar above the flame of your lighter. Burning directly in the flame makes it too hot. Patiently twist or rotate the cigar until all parts of the foot are evenly charred.

Tilt your lighter at a 45 degree angle and place the cigar to your lips and with the flame still under the foot puff gently onto the cigar until the flames jump up. Continue to slowly rotate the cigar while occasionally blowing on the foot to ensure an even burn.

It is fine to relight your Habano if it goes out just simply clean the ashes off the foot of the cigar by twisting its sides on the edge of an ashtray.

Now that your cigar is all fired up, it’s time to smoke and enjoy it. Continue to puff and rotate about every 30 to 60 seconds. DO NOT inhale the smoke, just taste it in your mouth and blow it out. If you smoke a cigar too fast, it will burn hot and ruin the flavor. If you smoke too slow, it will go out and you will have to keep relighting. Also remember that you’re breathing during all of this. Keeping the cigar in your mouth the entire time will only asphyxiate your lungs causing that nauseating feeling and heating up your cigar. Rest your cigar by smoking casually, periodically letting it burn on its own by distancing it from your mouth. Since most hand rolled cigars are made with long filler, you will not have to flick the ashes until they are at least ½ to one inch long, depending on the cigar (and any wind conditions, if you are outdoors). You can smoke a cigar as far down as you wish, depending on the taste.